Could my child have ADHD? Symptoms in children and adolescents 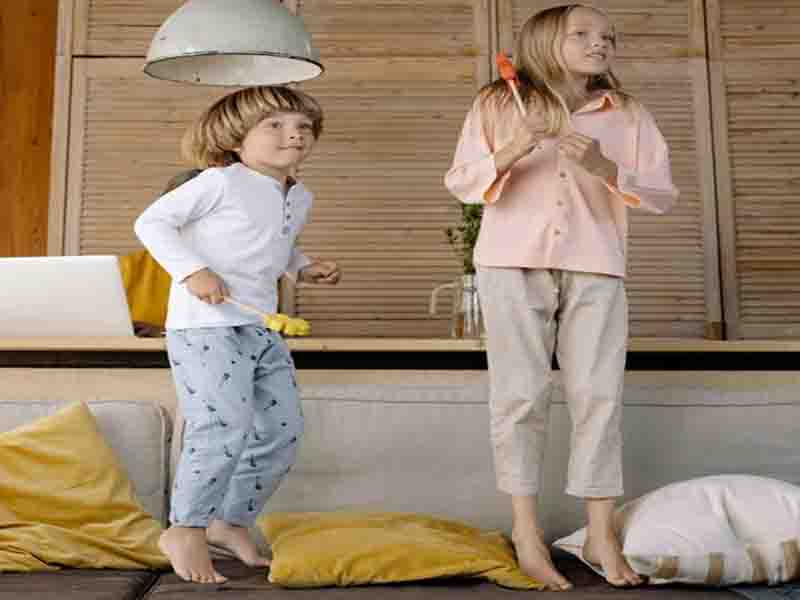 ADHD (Attention Deficit Hyperactivity Disorder) is a persistent pattern of inattention and/or hyperactivity-impulsivity that interferes with the functioning or development of the child or adolescent.

These three symptoms translate into a series of behaviors and actions, which we will learn about throughout the article. It’s important to know that there are some subtle differences in ADHD symptoms in children and adolescents; thus, for example, the typical motor hyperactivity of the disorder decreases with age.

In addition, according to experts such as Mónica González Santos, assistant doctor of the Psychiatry service of the Hospital of La Coruña, ADHD is more difficult to recognize and treat in adolescents than in children. What else do we know about the symptoms of ADHD in children and adolescents? We talk about them, according to the Diagnostic Manual of Mental Disorders ( DSM-5 ).

ADHD symptoms in children and adolescents

The symptoms of ADHD in children and adolescents are basically three:

However, in order to diagnose ADHD, all three do not need to be met . A child can have inattention and not hyperactivity, or impulsiveness and not inattention, and also have ADHD.

In these cases, we would talk about different subtypes of ADHD (inattentional subtype or hyperactive/impulsive subtype).

Inattention: how does it manifest itself?

Inattention translates into attentional difficulties, especially in a difficulty to maintain the attentional focus for a minimum of time ( concentration ).

To talk about ADHD, the symptom of inattention must last at least six months. But in what other ways does this inattention translate?

1. Failing to attend to details and/or making mistakes on assignments

The child or adolescent with ADHD often fails to pay close attention to detail, or carelessly makes mistakes in schoolwork or during other activities (for example, homework is not done accurately enough).

The child or adolescent often does not seem to listen when spoken to   directly (for example, seems to have his or her mind on other things, even in the absence of any apparent distractions).

Another symptom of ADHD related to inattention is not following directions or finishing schoolwork. For example, the child starts homework but is easily distracted and evades, causing them not to finish it.

Another symptom is great difficulty organizing tasks and activities. For example, it is difficult for him to organize his things, he is careless or disorganized , he organizes time poorly, etc.

Children and adolescents with ADHD also avoid, dislike, or appear unenthusiastic if they have to initiate tasks that require sustained mental effort.

Hyperactivity and impulsivity: what does it translate into?

Hyperactivity is an increase in movement ; the hyperactive child is very moved and restless, and often acts “as if he had a motor inside”.

In the case of impulsivity, this symptom is not exactly the same, although they are grouped together; We speak of impulsiveness to refer to the predisposition to react unexpectedly , quickly and excessively to an external situation.

Children with ADHD are impulsive in many situations, and have a hard time thinking or reflecting before acting . They also have difficulties reflecting on the consequences of their actions, and they have a low tolerance for stress and frustration .

These symptoms in ADHD must also last for at least six months. How do impulsive and hyperactive children act in ADHD? Through the following behaviors:

1. Fidgeting with hands and feet

They often fidget or kick with their hands or feet, or squirm in their seat.

They also get up in situations where they are expected to remain seated ; for example, they get up in class or in other situations that require staying in place (the cinema, the theater…).

The impulsivity and hyperactivity of the child with ADHD can also lead to running or climbing in situations where it is not appropriate.

In the case of adolescents, this symptom may be limited to being restless.

They are also usually children with many difficulties to play quietly; In addition, they prefer games that involve movement, jumping , running, etc.

5. Have an internal engine

They are children who often act as if they are “driven by a motor inside”; Thus, it is difficult for them to be still for a long time, or they feel uncomfortable when they are.

6. Impulsivity: responding ahead of time

Another symptom of ADHD related to hyperactivity/ impulsivity is that they often respond unexpectedly or before a question has been completed .

Thus, they can finish the sentences of others, they do not respect the conversation turn or they find it difficult to wait their turn (for example in a queue, in a game, etc.).

Symptoms before the age of 12 years and in two contexts

In order to talk about ADHD, according to the reference manuals, before the age of 12, some of the symptoms described must already be present.

In addition, these must appear in two or more contexts (for example, at home and at school). The symptoms cause the child discomfort or interfere with her daily functioning.

Do you suspect your child has ADHD?

If you suspect that your child has ADHD, because he shows some of the symptoms mentioned, the best thing you can do to help him is to ask for professional help and that they can carry out an adequate evaluation, in order to start a personalized treatment .

A clinical or health psychologist will administer the necessary tests and tests to be able to diagnose or not this neurodevelopmental disorder .